Telecom Namibia says it is ‘ready’ to connect the country to the West African Cable System (WACS), a consortium high speed submarine system linking Africa to Europe, which it hopes will lead to higher-bandwidth, cheaper data and voice services for all end-users. The USD600 million fibre-optic cable has reached the shores of Namibia, whilst Telecom has already deployed infrastructure to link its landing station at Swakopmund to its domestic network and expects that commercial services could be launched by the second quarter of this year, reports local newspaper New Era. The project will give Namibia its first direct access to global submarine cable networks. 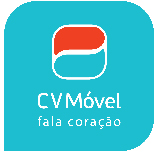 An official source from Portugal Telecom told the paper that the bid on the tender was submitted on 31 January, but declined to disclose the value of the planned investments in the island nation.


Portugal Telecom has a 40% stake in CV Movel. Other bidders taking part in the 3G auction are T+ and Cabo TLC de Sao Vicente. Cape Verde's telecommunications regulator ANAC will announce the result of the tender in March.
Posted by Talk Now at 8:36 AM 2 comments: Links to this post 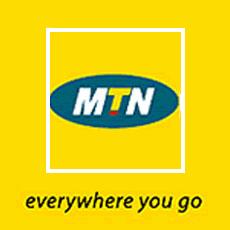 The government of Rwanda plans to list its shareholding in MTN Rwanda on the newly launched Rwanda Stock Exchange (RSE) by the end of this year, local news paper Business Times reports.


The state holds a 10% stake in the telecoms operator, which is 55%-owned by South African company MTN Group, with Tristar Investments owning the remaining 35% stake. At the launch of the RSE earlier this week, Finance Minister John Rwangombwa said: ‘We are in the process of discussing with MTN South Africa; we have 10% of government shares and there is also another investor [Tristar] that wants to divest from this company, so we might have 45% shares from MTN coming on the market soon this year.’


The move forms part of the government's broader strategy to privatise companies in to facilitate development of capital markets and increase alternative sources of long-term capital for businesses.
Posted by Talk Now at 11:56 AM 1 comment: Links to this post

Reuters reports that Tunisia has suspended plans to launch an initial public offering (IPO) for state-owned telecoms company Tunisie Telecom, citing the communications minister.
Secretary of State for Communication Technologies Sami Zaoui said a final decision would be taken in consultation with Tunisia's strategic partners within days over whether to go ahead with the IPO.

Tunisia's government holds a 65% stake in Tunisie Telecom, with the rest held jointly by Dubai's TECOM Investments and Dubai Investment Group.
It had planned to list the company on both Tunis and Paris stock exchanges in what would have been the first offering by a Tunisian company on a European bourse.
Tunisia has had two changes of government since former president Zine Al Abdine Ben Ali was driven out by popular revolt on 14 January this year. Many officials have been replaced, leaving plans for the IPO in limbo.
Posted by Talk Now at 9:53 AM No comments: Links to this post

LAP To Launch In Sierra Leone This April


Earlier this week Information and Communications Minister Alhaji Ibrahim Ben Kargbo made the first official call over the company’s GSM network to President Koroma. The minister said that GreenN Sierra Leone is part of efforts to strengthen the bilateral ties between Sierra Leone and Libya.


According to GreenN Sierra Leone’s CEO, Elmabruk S. Elgembari, the company plans to invest USD50 million in the next three years, adding that the operator has so far constructed a total of 128 cell sites, including 42 in the provinces.


The CEO also revealed that GreenN will provide quality and affordable voice, data and internet services. As well as Sierra Leone, LAP holds telecoms licences in six other African countries, including Rwanda, Uganda, Niger, Ivory Coast and Togo.
Posted by Talk Now at 8:37 PM No comments: Links to this post 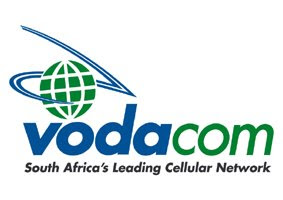 
This figure represents an increase of 3.9% year-on-year. Vodacom’s domestic unit, Vodacom South Africa accounted for ZAR14.07 billion in sales, or 87.7% of the group’s total quarterly revenues.

In operational terms, Vodacom South Africa remains the firm’s largest unit by subscribers, although its customer base dropped 6.6% year-on-year, to 25.3 million. However, any losses have been offset by the company’s enlarged post-paid subscriber base which grew 14.8% year-on-year.


Elsewhere, Vodacom units in Tanzania, Democratic Republic of Congo, Mozambique and Lesotho all increased their subscriber bases in the twelve months ended 31 December. Lesotho contributed the largest proportion of growth, increasing its customer base 28.6% to 823,000. Tanzania grew its subscriber base 26%, to end the year with 8.7 million subscribers, whilst Mozambique weighed in with 2.9 million customers (up 27.7%) and Democratic Republic of Congo 3.8 million subscribers (up 9.2%).


Vodacom Group ended the calendar year with a consolidated wireless subscriber base of 41.6 million.


Vodacom CEO Pieter Uys commented: ‘Our strategy of focusing on operational delivery and offering increased value to customers has paid off with group customers increasing by more than two million to 41.6 million.


In South Africa, the data business was a star performer, with growth in mobile connect cards and smartphones driving a 33.8% increase in overall data revenue. The international operations also continued to respond well to management actions with service revenue growth of 13.2%’.
Posted by Talk Now at 4:40 PM No comments: Links to this post